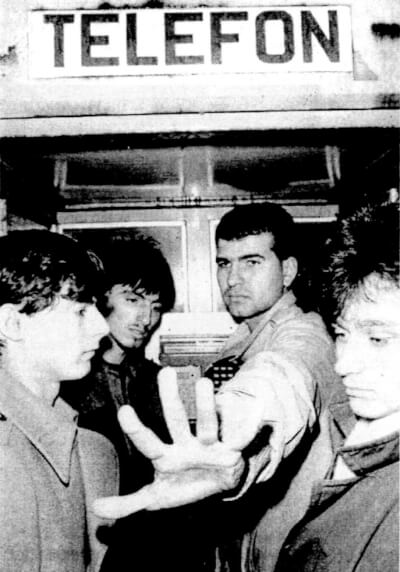 In late 1983, Predrag Cvetianin (guitar, vocals) with Zoran orevi (guitar), Branko (bass guitar), and Boban (drums) formed the band Dobri Isak. Having performed at minor local clubs, the band recorded a home made demo recording, however, the lineup dissolved during the Summer of the following year. After several months, Cvetianin, with bassist Milo Miladinovi, and drummer Saa Markovi "Markiz", reformed the band. In the period of 1984 and 1985, Nenad Cvetianin, Predrag's brother, also became a member of the band. He joined the band while his own, Arnold Layne, was on hiatus.
Together with Nenad Cvetianin, the band recorded their first and only studio album Mi plaemo iza tamnih naoara (We Cry Behind Dark Glasses), released in 1986 by the Ni Student Cultural Center (SKC), being the first release of the Studentkult production, which released an array of musical and literary releases. The album, released on compact cassette only and printed in a limited number of 100 copies, had been distributed by the Ljubljana KUC, and rapidly sold out.
The band presented their new material to the Ni audience, also performng at the 1985 Serbian Youth Festival in Knjaevac, winning the Best Performance Award, and gaining the opportunity to appear at the Dani Novih Omladinskih Novina in Split on Summer of the same year. After the Split performance, the band appeared with several other Ni bands at the Pozdrav iz Nia manifestation in Skopje. In a short period of time, the band had another performance in Skopje, appearing as guests at the first solo concert of the band Padot na Vizantija.
During the late 1985, the band performed at the Rock Bands Festival held at the Belgrade Dom Omladine, and on early 1986, the band had two appearances at the Zagreb alternative rock festival Yu Rock Moment, on March in the semi-final, and on May at the festival finale, held at the Republic Square, performing with Let 3, Oktobar 1864, and Mizar. During 1986, Predrag Cvetianin produced the recordings for the Ni New Romantic band Romantine Boje, even singing part of the lead vocals on the track "San" ("A Dream"), but the recordings were never released due to the unsuccessful negotiations with PGP-RTB.
Dobri Isak performed until June 1986, when they held their last concert at the Ni Synagogue, appearing with Arnold Layne and Mizar, after which they decided to split up. On December 2009, the indie record label PMK Records re-released Mi plaemo iza tamnih naoara with seven additional bonus tracks consisting of unreleased material. The following year, on June 2010, PMK released the 150 copies limited edition reissue of the album, featuring an alternate album cover, with the band logo written in red, and a black CD. 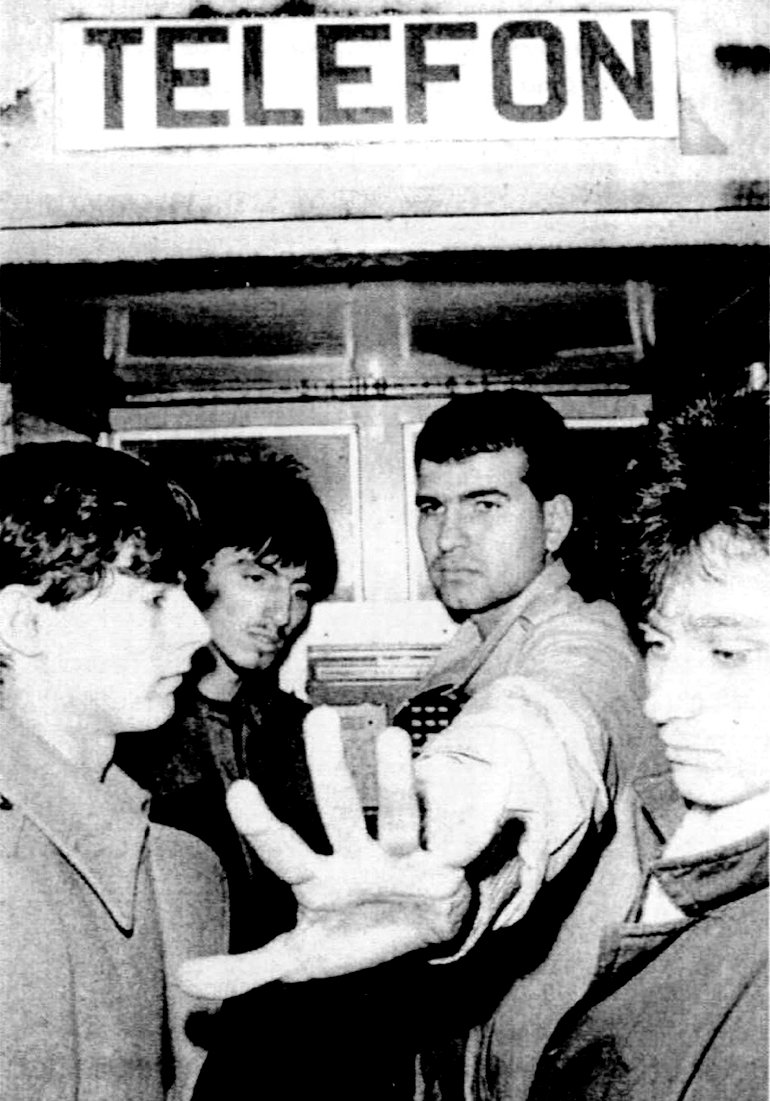 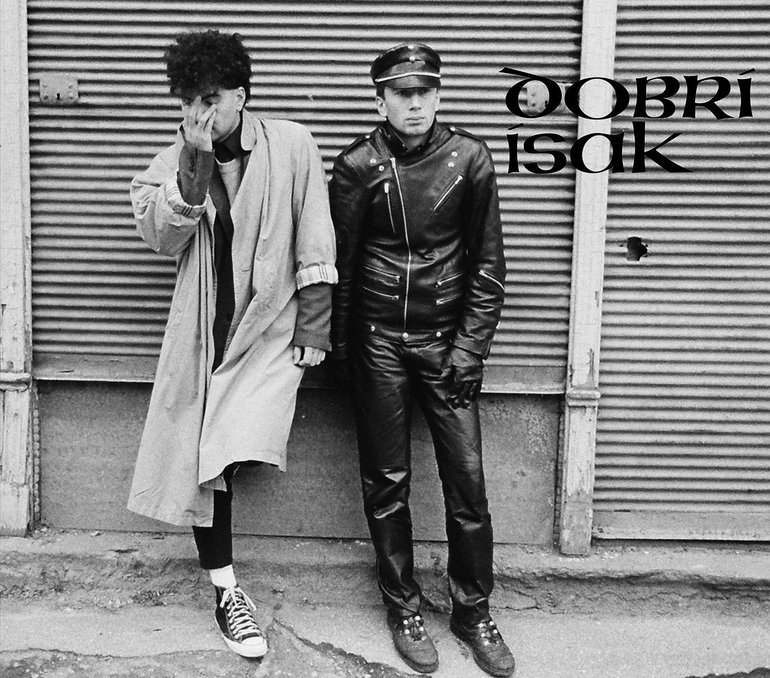 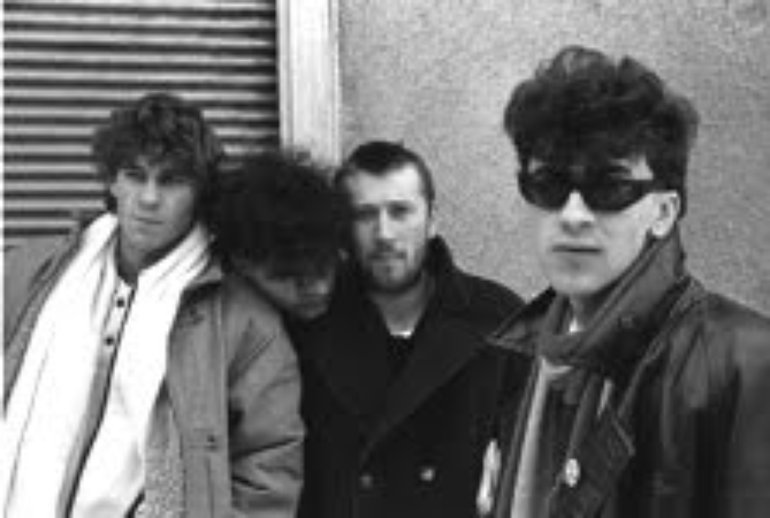 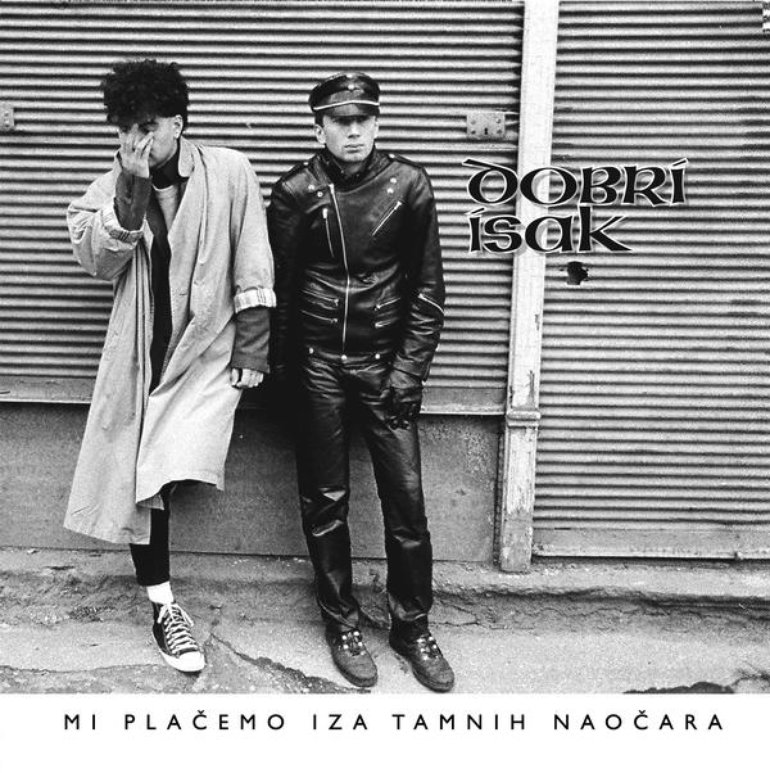 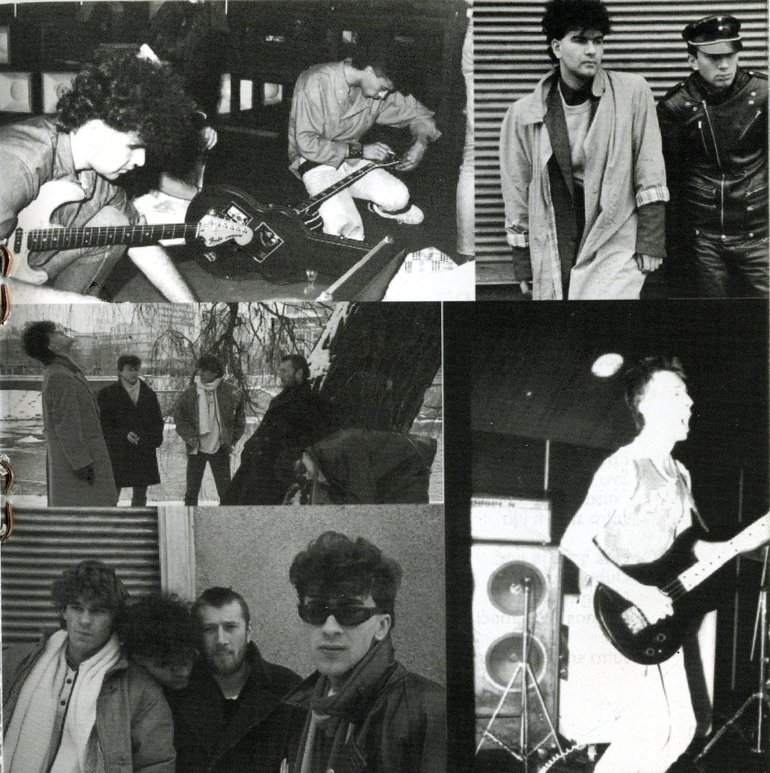 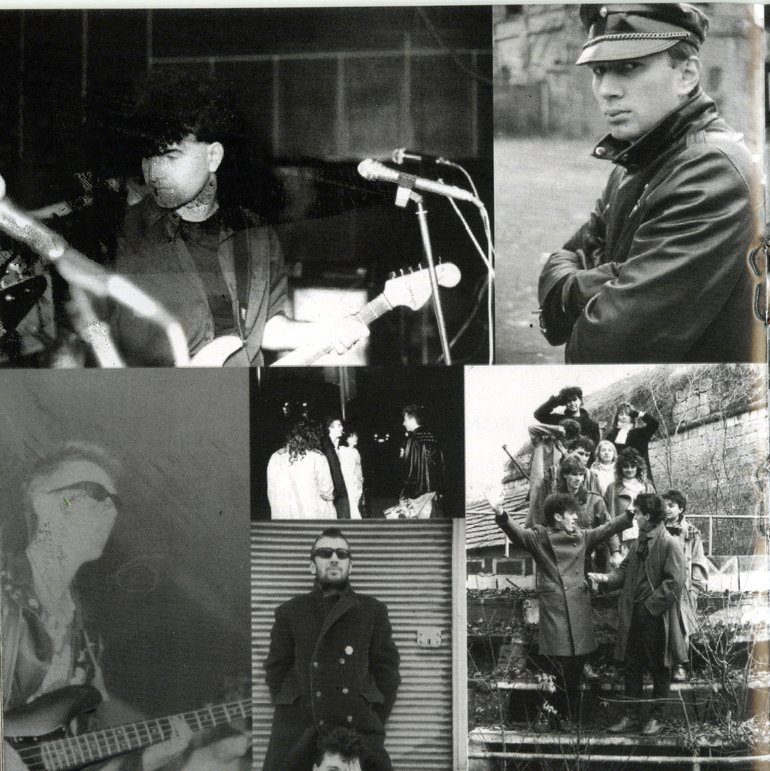